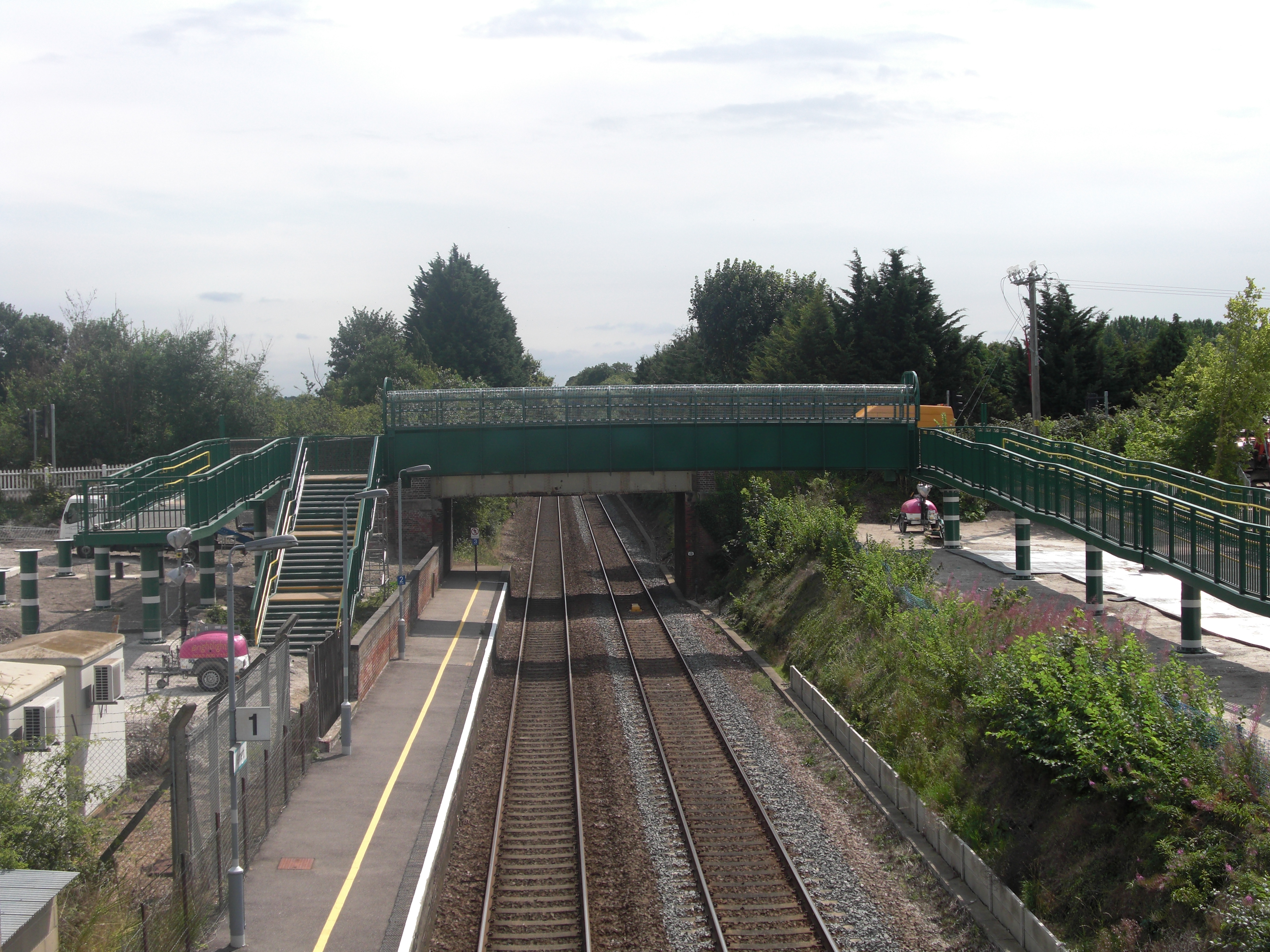 Some of you may have been aware that yesterday and last night a major construction project took a large step forward. As you may know since January 2014 work has started on the replacement of Kennett Station temporary foot bridge over the track with a permanent solution. I have watched with interest as piles have been driven and concrete has been laid ready for the installation of the iron work that makes up the new footbridge.  Not only were the foundations of the bridge laid but also the HVAC power cables running over the railway were removed and relaid under the railway tracks.

On Friday the 25th July 2014 the first sections of the steel ramps and supporting pillars arrived and were installed with great care and precision. The first sections installed were the long ramps on the south side of the track. These extended from point at which the cross track section was to be installed down to the concrete footings leading to the platform.

On the night of the 26th/ 27th of July 2014 another stage of the construction took place where the supporting sections on the North side of the platform were installed together with the cross track section. This was carried out overnight and I must say with very little disturbance to the sleeping residents nearby. An enormous mobile crane (500 tonne capacity) arrived on Saturday afternoon and most of the evening was spent installing this and levelling it ready to lift the large 24 tonne cross track section of the bridge. The station North side supports were installed together with some ramp ironwork ready for the cross track section to be installed.

Once the ironwork either side of the track was installed then the cross track section was lifted in place. By 08:30 the following morning the cross track section had been installed and the crane had been made ready to travel back to it's base. Watching the crane leave the confines of the car park and maneuver its way back down Station Road, in reverse I might add!!,  was a sight to behold ( see the pictures in the following photo gallery illustrating this). Luckily the mobile crane had all wheel steering but even so it was a masterclass in driving skill.

The second photo gallery shows what the bridge currently looks like. I asked the foreman of the site when the bridge is due to be completed  and he said possibly at the end of September 2014. There is still a considerable abount of work to do as there are a further three sections of ironwork to install and then paths from the platforms and car park have got to be installed together with the lighting on the bridge.

I must say that the degree of precision both in the laying of the foundations to take the bridge ironwork supporting pillars and the accuracy in the production of the bridge sections were truly outstanding.  The company that designed and built the ironwork was a company called Nusteel - you can have a look at their website at: http://www.nusteelstructures.com/ its very interesting. Overall well done us Brits.

Please see the following photo galleries of  a) the crane and b) the bridge as it is today on the 27th July 2014. As work progresses I'll try and update this news item with further  pictures and text .

Gallery of photos of the Footbridge

Gallery of photos of the crane